I’m a therapist who has a special interest in trauma and a big part of that interest and specialisation comes from my own lived experiences as a child and later as an adult, and my own personal experiences of ‘trauma’ is absolutely something that informs how I work with my clients.  One of the most fascinating aspects of working with trauma in its most broad definition – which includes everything from attachment trauma, childhood neglect and abuse, through to sexual abuse, family violence, loss and incident-based traumas like car crashes, bushfires, or floods – is how differently we encode traumas as individuals.   One of my teachers explained that difficult or ‘traumatic’ experiences cause us a universally experienced suffering, but only get encoded as trauma when those experiences cause us to believe something negative about ourselves, other people, and the world around us.  Interestingly, what I might have encoded as trauma in this way will be different to what you might experience as trauma, because my perception of myself, other people, and the world around me will be different to yours, and that individual difference is often so gnarly for us to wrap our heads around.

There is not a single client that I have worked with who at some point in our sessions doesn’t say something like, “yes, but other people have experienced traumas that are far worse than me” or, “yes, but at least ‘x’ didn’t happen to me…that really would be traumatic”.  And this often leads us into a conversation around there being no hierarchy of trauma.  Let that sink in for a second because it might create a little resistance for you reading it.  It’s not about the incident(s) or event(s) that determine the effect of the trauma, but more what the incident(s) come to mean about us and for us. 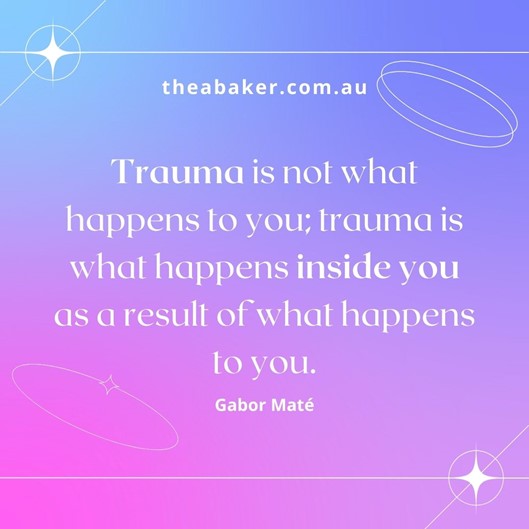 A big part of the insight that we have gained into the impact of trauma comes from a big study that occurred between 1995-1997 where 17,000 people were asked about their childhood experiences, their current health status and behaviours and they underwent physical exams to assess their physical health.  This became known as the Adverse Childhood Experience Study (ACES).  The Family History and Health Appraisal questionnaires were used to collect information on child abuse, neglect, household challenges and other socio-behavioural factors.  One of the important things to remember about the population studied in the initial ACES is that the original cohort were mostly white, middle- and upper-middle-middle class, university educated, had access to private health care (they were employed by a corporate healthcare brand in the USA). The ACEs questions ask about: 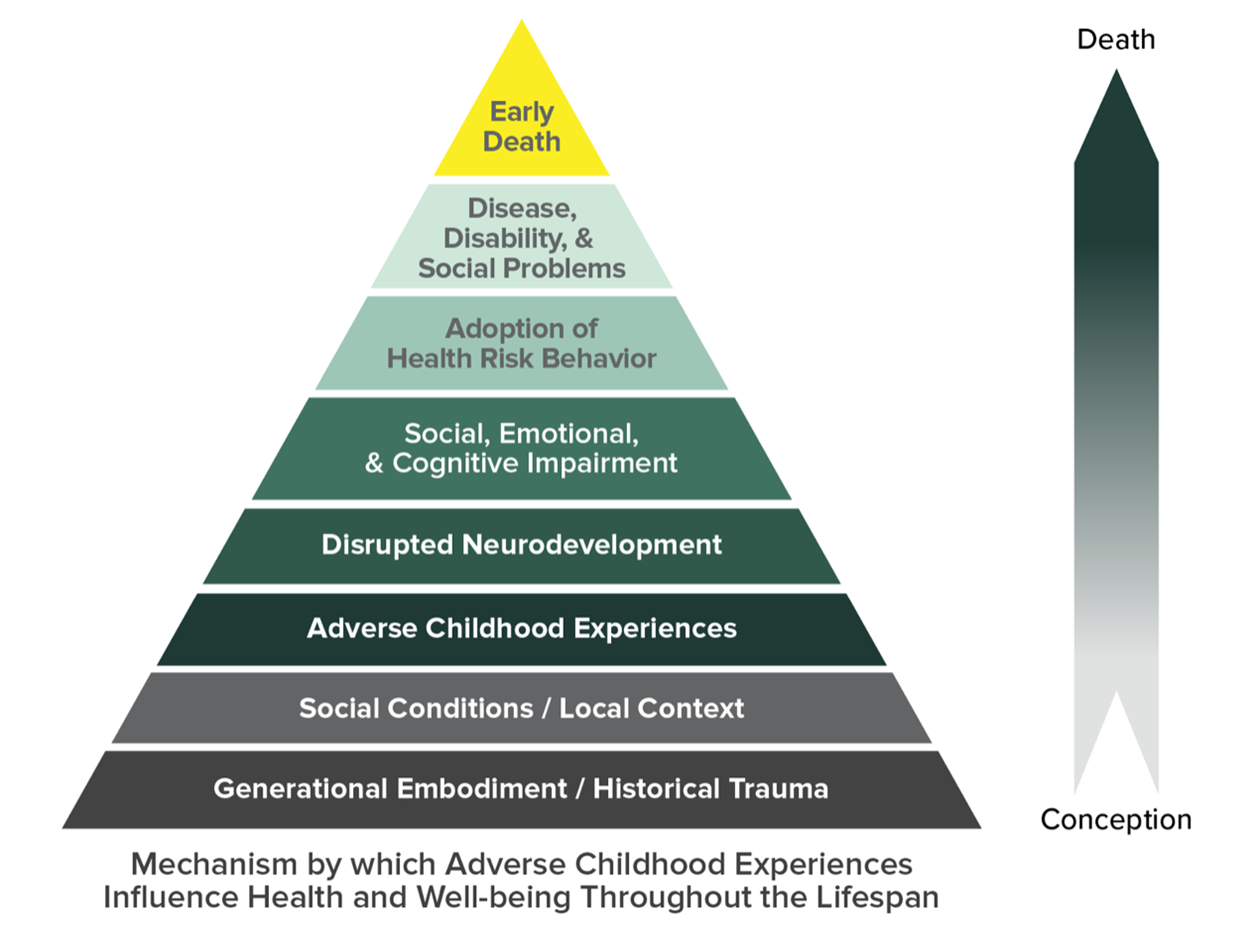 What we learned about from the ACES is that adverse childhood experiences are actually quite common, with almost two-thirds of the participations reporting at least one ACE, and more than 1 in 5 reporting three or more ACEs.  Whilst ACEs are common across all populations though some populations are more vulnerable to experiencing ACEs because of the socio-economic conditions in which they live, learn, work and play.  In terms of the impact on overall health and wellbeing, we learned that as the number of ACES increase, so does the risk for negative outcomes.  The ACEs study has been replicated and expanded in the decades since the original study and the research now informs many of the programs that run in community and education spaces. 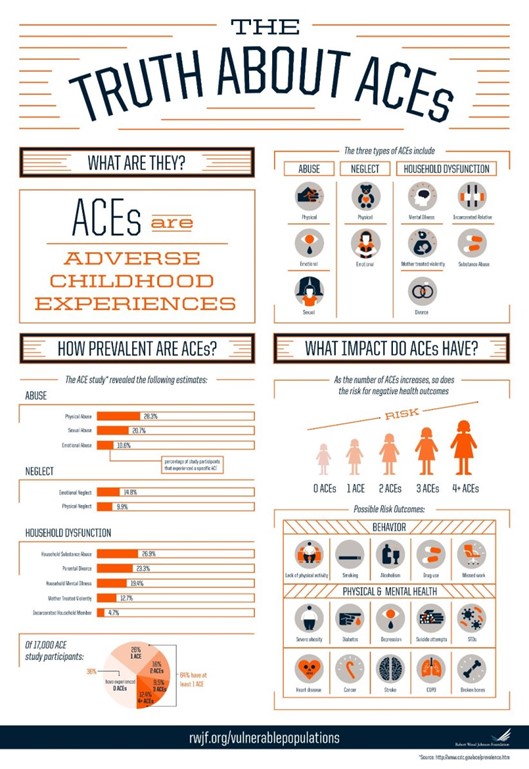 Since the original ACE Study there have been repeated and additional studies utilising the core 10 ACE questions, and in conjunction with our ever-expanding research in the trauma, field we have been able to explore protective or positive factors that can influence the ultimate impact of ACEs, and we’ll cover that in next week’s blog.

If this blog has brought up some trauma impacts in your life that you’d like the space to explore, we have a team of therapists at Thea Baker Wellbeing and we have IMMEDIATE availability – please reach out to us at: hello@theabaker.com.au / 03 9077 8194.