Skip to content
You say vagina, I say vuh-jahy-nee

Contrary to popular belief, or at least a lot of men’s childish fantasies, attending an all-girls boarding school for my formative years didn’t involve spending any of my time checking out each other’s girl bits as we navigated our collective way through puberty.  In fact I’m not sure I’ve intimately examined another woman’s labia or vulva, but I do know enough at the ripe old age of 39 and ¾’s  to know absolutely that we are all made a little bit differently, while at the same time being made the same, if you know what I mean.

And that is exactly as it should be.

Just before I went to England at the start of the year I was some research on vulva’s (as you do) and I was looking for pictures of things that look like a woman’s intimate parts – you know the kind of thing – oysters, arum lillies…Anyway, my google search threw up quite a few interesting pages which thankfully my children didn’t bear witness to, and then I came across The Great Wall of Vagina, an exhibition by Jamie McCartney where countless women (400 and counting) have had their external genitalia preserved for eternity in plaster of paris all in the name of art.  I recently shared on Facebook a recent interview with Jamie with the Mirror in the UK (HERE) where he ardently defends his slightly controversial display stating, “…the work was a celebration of the female form and hitting back against a rise ‘designer vagina’ cosmetic surgery.”  He is celebrating our diversity and the beauty of the uniqueness in each and every vulva that he casts. 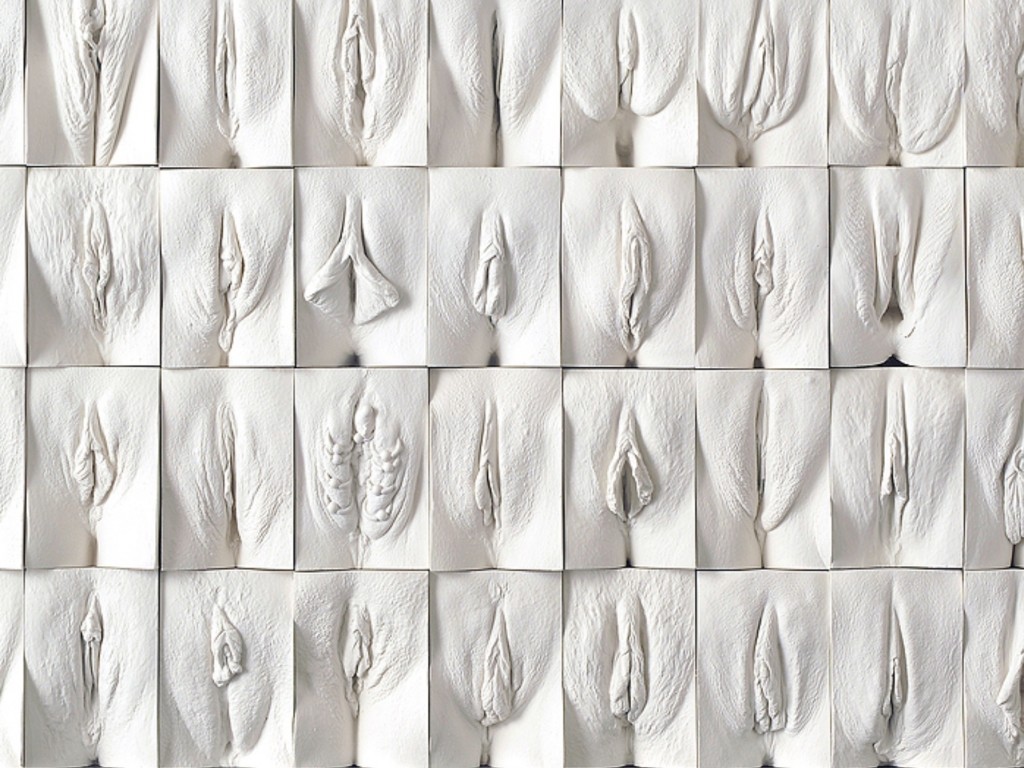 As I was heading to London I thought it would be a great opportunity to connect with him and see his exhibition and so I emailed to see if it was on show while I was there.  Check out the response…

Hi Thea,
Thank you for your interest in my work. Sadly it isn’t on show at the moment and I have no immediate exhibition plans. It does depress me as it really needs a permanent home somewhere so people can see it, rather than being in storage 🙁
However my studio is in Brighton,  less than an hour south of London by train. There are some pieces on display here. There is also the opportunity to model for further vagina panels or get a cast made for yourself. I see you run a fitness business. I always need fit bodies for my other artworks too if that sounds amusing.
Enjoy your trip to the UK. Let me know if you’d like to visit.
Best wishes,
Jamie

My vulva on the wall in an art gallery?  Or indeed in my own home?  Hmmm…it got me thinking.

Yes, about lady-bits and honestly not for the first time – you see I spend quite a lot of time thinking and talking about this stuff.  Andrew affectionately calls it “BB” (Bird Bollocks – a quaint English phrase that he has coined) and I forgive him for it – I’m good like that.  But my big issue with this is how many women are distressed by their labia and how they perceive their vulva.  In fact it makes me proper ranty (a quaint little phrase I might have made up).

There is a chance that some day in the future my daughter might turn around to me and say, “Mum (because by then she will probably have stopped calling me Mummy) I don’t like the way my flaps look and I think I want to get then surgically enhanced.”

That thought makes me want to vomit.

I was shocked to find out that the number of women claiming medicare rebates for labiaplasty (medical term for the surgical alteration of labia) DOUBLED in the 10 years from 2003-2013.  That’s scary.   And that figure doesn’t include those having the surgery under the private system.

The ABC recently aired this story highlighting some peculiar censorship laws that surround how labia can be presented in Australia: –

“…the Australian Classification Board requires that images of vulvae “must be healed to a single crease” – meaning the inner labia cannot be shown.

“The censorship law is one designed to protect society and I think it has had an unexpected and unanticipated outcome that has distorted what people expect vulvas should look like,” Dr Kirkman told the ABC.”

I think it also says something when there is a whole website created by Women’s Health Victoria dedicated to this exact topic.  The Labia Library seeks to address the women who have questions or concerns about whether or not they have normal looking genitals.  It’s quite an impressive resource, but quite tragic that it’s necessary.

Sometimes I feel like the world has gone quite mad. 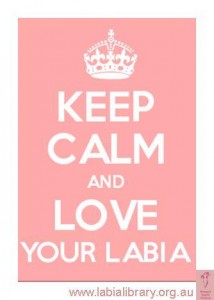