Skip to content
Well, hello triceps (or my updated thoughts about habits)

Well, hello triceps (or my updated thoughts about habits)

Today I did a thing.

A thing I haven’t done since last October, when I later went on to smash my wrist to pieces and ended up in surgery getting new bits of metal to hold another joint together.  I WENT FOR A SWIM (which explains why my triceps are a bit sore this evening)!!  Between that painful recovery and a couple more lockdowns in Melbourne, as well as a serious motivation issue, it’s taken a while to get back in the pool.

You might know that I used to swim A LOT.  In the days when I competed in long-distance freestyle events in the pool and in the ocean, I used to train in the pool every single morning.  I would be up at 4:27am, out of the house by 5am and in the pool at 5:30am ready for a big training session of somewhere between 3-5kms.  Apart from my children, it was my life.  It was far more than a habit, it just was. 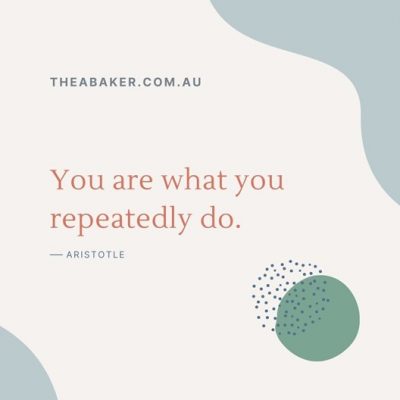 But it wasn’t always that way.  I didn’t start properly competing until after I had both my children and had moved to Australia.  Swimming was something I had always loved, has always been my preferred form of exercise and I had taken it semi-seriously as a kid but let’s be frank, swimming is much more of a thing in Australia than it is England!  I got back in the pool as an attempt to ‘find myself’ after becoming a mother.  What started as a means of trying to find a bit of sanity in my life ended up as something that was much more engrained than a habit.

I wrote a little while back – like way back in 2017, long before COVID-19 was a thing – about the importance of rituals and habits and I have been prompted over the last few days to revisit how I feel about these foundations of behaviour change.  I’ve been wanting to get back in the pool for a while now – partly because of my newfound ‘covid-kilos’ and partly because I honestly miss it.  But, as with starting any new habit, even one that used to be such a significant part of my life, it was requiring some significant energy and motivation to get that kickstarted. 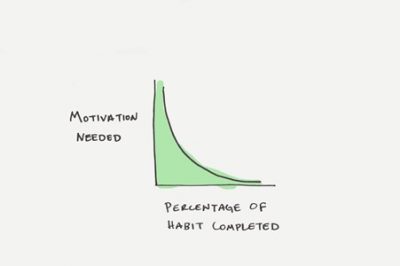 Earlier this week I was listening to a great podcast episode (more on that next week because I’ll be sharing another blog on all the things I’ve been loving over the last three months) which got me reflecting on all the various excuses that I was putting out there stopping me taking that first, chilly step:

There were also a whole bunch more stories about being too old, too sore, too busy worried about what people might say to me if they saw me at the pool who used to know me in my racing days.  Those negative stories were almost enough to keep me out of the water again until I reflected on the reason that I started back in the pool almost 13 years ago.  The purpose of swimming back then was to create a bit of sanity and feel better about myself. 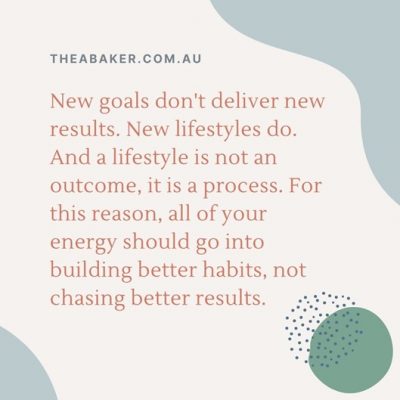 So instead of listening to all the stories that my brain was creating for me to not get back in the pool, I got out of my own way and instead focused on the reason why I wanted to do it.  I have also had a serious conversation with myself about the fact I have literally only been back in the pool once – and I know that is not a habit!  But it is a reminder of a habit I know so well and today I remembered how good it felt and I know how helpful that is to being able to turn it into a habit.  It’s been a great reminder about how hard behaviour change is – which for a therapist who works with behaviour change in its various guises every day with clients – that is always a good thing!

If it’s time you engage in some new approaches to habit-formation, please reach out to us at Thea Baker Wellbeing: hello@theabaker.com.au / 03 9077 8194.