Talking about sex (and other fun stuff) with our children

Last week I shared the story of the ‘Pregnancy Scare Road Trip’ as an introduction to my deep dive into this complex subject that I hold really dear to my heart.

I hold it dear to my heart because in my line of work I have a lot of conversations with a lot of women.  And we talk a lot about a lot of things – but often we circle around a few key topics – our men, our children and our bodies, not always in that order.

I’m not dealing with the men today.  Sorry boys.

Generally speaking, after women have spent a bit of time with me, they are usually far more comfortable with, and knowledgeable about, their bodies.  I feel like I spend a lot of my time talking very openly about topics generally considered not safe for polite conversation.  I also try to challenge the way that they are perceived.

I was in the shower washing myself and realised that my vagina was hanging down outside of my body, and that I could, should, probably push it back inside where it belongs.

You see what I mean.  Not exactly dinner-party or even mother’s group chit-chat.  Now in next week’s blog in Part Three of this mini-series I’m going to explain why I believe education is such an important part of why I do what I do, why I ask those kinds of questions and why I think it’s so important that us women get a much better handle on our own anatomy, but this week I want to look at the how we share this sort of knowledge and information with the next generation – our children. 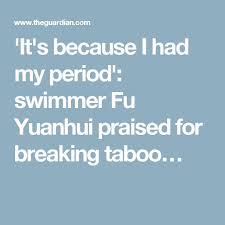 This week’s blog has also been inspired by life at #bradybunchtowers – check out my blog from a couple of weeks ago if you want to know more about all that – but as a Mummy and part-time quasi step-Mummy I’ve been have some really enlightening conversations lately.

Our five children range in age from 8-12 so we’re on the very cusp of some very interesting times.  I’m going with the adjective ‘interesting’ though there are a whole bunch of others that I was tempted to go with.

I want to share with you some of what I’ve termed my ‘boys chats’.  To begin with I think that they were just a means to delay bedtime, but on reflection I’ve started to see them as incredibly valuable sources of insight and an opportunity to connect, learn and guide.

About eight weeks ago I was saying goodnight to the boys and was asked the following question:

How many words do you know for ‘tits’?

Honestly my first reaction was open-mouthed shock.  Then I decided to turn the question around and asked them what they knew, which was a lot more than I was expecting.  We then had an interesting conversation about how some of the words were a bit crass and weren’t always considered a respectful way to talk about women’s breasts.

The following night it seemed a pattern was emerging.  This time a general conversation about swear words and it transpired that one of them knew of the c-word.  So, I asked for clarification about what word they were referring to.  One of them thought ‘crap’ which made me inwardly smile – the other clearly knew the word but had no idea what it meant.

So I explained the definition of cunt.

1. a woman’s genitals
2. an unpleasant or stupid person

And I explained that it’s considered by many to be the worst swear word in the English language, especially when levelled at a woman.  They sat in their bunk-bed gobsmacked.

But it hasn’t stopped the questions coming.  Fortnightly now, whenever we have the whole #bradybunch together the boys regularly request chat time with me.  Here’s a list of some of the things they’ve wanted to know…

Just so that you know, the running commentary in my head wasn’t the calm exterior I was showing, though there was a part of me so super impressed that they felt able and comfortable to ask such direct and personal questions.

But on reflection something struck me.  Like a frigging thunderbolt (pun intended).

Talking puberty with my daughter

About two years ago I went to some lengths to plan and set aside some girl-time for Martha and I to talk about the changes her body was just starting to go through.  I bought her a book – amusingly, called ‘Secret Girl’s Business’ – and we sat in her bed.  We read it together and talked about all sorts – periods, hairy armpits, pimples, tampons, why Mummy doesn’t have a hairy vulva but she soon will have, about eggs, sperm and babies.  Some of it made her eyes grow wide and some totally grossed her out (like she would EVER like a boy enough to do THAT!)  But that was the first conversation of many we’ve had in the last two years.  It was deliberate and it was planned.  In part because time was pressing, changes were happening even if she wasn’t wholly aware at that point, and I didn’t want her to be confused, have unanswered questions or worse, google it. 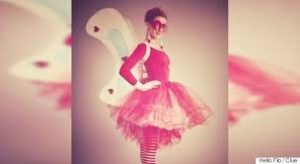 I’ve thought a lot about this.  And I’ve spoken to a lot of older and wiser women than me – women who have been through this phase with their own children and have the battle-scars and have learned lessons in the process.  They have shared their wisdom with me and I had started the process of passing it on to my daughter.

I also have to be up front with you.  I have my own puberty nightmares that I wanted to exorcise.  Love my Mum, but she was shit at this stuff.  I went to an all-girl’s boarding school from the age of 10, which in equal measure helped and hindered.  I’m not sure whether she just presumed that I’d get all my knowledge from school, but I knew that I didn’t want Martha to feel how I had.  Awkward, alone and a bit confused.  Whilst I deal with these sorts of conversations everyday – it’s not quite the same when it’s your own daughter.

The boys though.  Blimey.  I wasn’t ready.  I was utterly blown away by the things that they knew or wanted to know about.  More than that, they were clearly getting this information from somewhere – the playground, the internet?  Just like with Martha, I want to be in a position to affect what they know (while I still can) and influence the lens through which they filter all the other stuff they hear and see.

I got into bed with Andrew after one of the boy’s chats and we ended up having a bit of a discussion (check out my reference to it in a Facebook post HERE) about whose responsibility it is have these conversations with our children.  Now taking the complexities of our blended family out of the equation, Mr ‘how-many-missed-periods-does-it-take-to-know-if-you’re-pregnant’ tried to suggest that surely we should be waiting for their schools to cover this stuff with the boys.  You’d think he’d have learned by now, wouldn’t you!  So, I threw a few not so fun facts at him: –

How can that now scare you?

We all know that pornography has been around since the Ancient Greeks (probably even before that) but today our children have a different kind of access to a wealth of information, only a proportion of which is helpful.  Now I’m not going to start a whole debate on the merits or otherwise of parental controls for internet access, though that’s another interesting conversation to have.

I want to plant the seed, or continue an already established debate, about the importance of owning this part of the puberty process for our children.  Whatever awkwardness, discomfort or personal history we have when it comes to the ‘birds and the bees’ talk, don’t we as parents want to at least get the ball rolling for our children, as opposed to someone else doing it?

Personally, I want my daughter to know her intimate parts well – and long before anyone else gets a chance to know them.

I want her to know that her body is wired for pleasure and that orgasms are amazing and not to be faked, or solely for her partner to enjoy.

That sex is a two-way street – she should give and get.

I want her to feel confident enough to ask for what she wants – because she already knows what that is.

That there is no shame associated with sex.

That all girl bits look different and they all totally normal.

I want her to know her body well enough that she knows when something isn’t right AND what to do about it.

To start cultivating that knowledge sooner rather than later.

And of course she will know consent and mutual respect is the foundation for all her sexual encounters.

And for my son…

In so many ways it shouldn’t be any different, but I’d also want him to know…

How his language and choice of words can affect how a girl feels about her body for the rest of her life, affect her self esteem in untold ways, and alter how she interacts with the opposite sex.

That he should give and receive.

That whilst size may not be important to him right now, it probably will be soon and really it’s what he learns to do with it that counts.

Most of all, I want them to know that I will always answer any question they have, and to keep on asking me.  (If I don’t know, I’ll google it!)