If you have spent any time with me in the last few weeks you will have heard me wax-lyrical about James Clear’s book, Atomic Habits which I has finally made its way to the top of my very unwieldy reading pile.  I know so many people have already nailed this book, so if you’re one of those people I promise I’m not just making a bad job of rehashing James’ brilliantly written words.  You see the thing that’s stuck me most about this book is about how well aligned it is with a lot of very solid therapeutic research – and not just Cognitive Behaviour Therapy (CBT) approaches. I’d really like to see if I can pull a few themes together this week.

I’m fascinated by humans.  It’s pretty fortunate, given my work, that I find people and specifically why and how they behave the way that they do utterly intriguing.  I often feel like a behaviour detective, a pattern de-bunker and a collaborator with my clients in creating new behaviour pathways.  I’m also my favourite guinea pig!  I had a realisation earlier today when researching for this week’s blog that I actually have been busy with my own behaviour change process for at least the last eight years.  That’s eight years of deliberate analysis, tweaking, reflection and evaluation of my own system of behaviour change…I have no doubt it was going on in a very ad hoc (read: rubbish) way for many years before that. 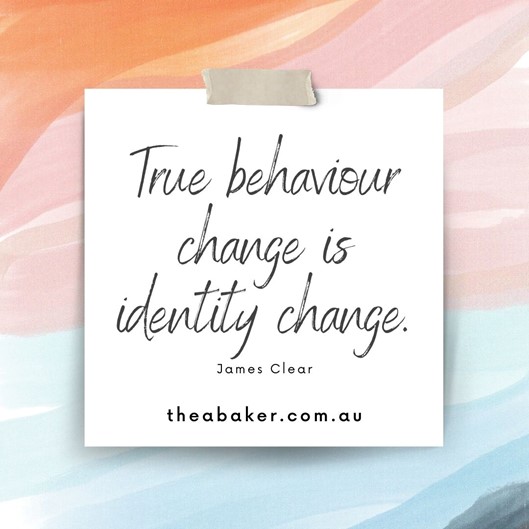 Since starting Atomic Habits, I’ve found myself deep in reflection-mode, curious about how I’ve ended up in the place that I’m at right now mid-2021.  Sure, the deeply chaotic year of 2020 has definitely played a part in that – it drove some of my biggest, bravest business decisions to go solo in private practice and set up a second office.  It was set against this backdrop though, that some of my less adaptive habits have really taken hold over the last 12-18 months.  Little things like not putting my clothes away at night (leading to a messy bedroom at the end by the end of the week), eating more comfort food (the pantry was very close when working from home for so many months), not going to bed as early as I would usually because there was so little to do in the evening except binge-watch ALL the things!

I began to see that somewhere along the path of transitioning from Women’s Health Coach and swimmer to Counsellor and Psychotherapist my habits had changed significantly.  And a lot of them hadn’t changed in ways that were making me feel good.  I realised that I wasn’t living as aligned to my values in some aspects of my life as I would like.  Back when I identified as a swimmer, my habits were to train every morning at 4:27am.  Back then I told everyone that I was a ‘morning person’ (obviously because 4:27am is VERY morning).  It wasn’t even really a habit at that point, it was just something I did, and I did it without thinking about not doing it…for YEARS! 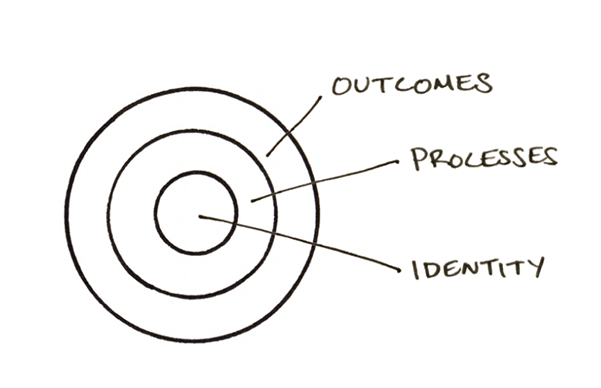 Without going into a whole trauma story, stuff happened in 2015 which meant swimming didn’t feel quite as fabulous as it used to, coupled with 4 hip surgeries including a hip replacement, and before I knew it, I definitely didn’t identify as a swimmer anymore.  And I had lost all those habit outcomes that went with it.  Over the last few weeks I have been having a big think (again) about all this and as I mentioned the other week, I’ve been back swimming again.  I’m not about to start competing again, but I do want to be able to call myself a swimmer.  The goal or desired outcome has changed, the process hasn’t!

If it’s time for some behaviour change work in your world, please reach out to us at Thea Baker Wellbeing: hello@theabaker.com.au / 03 9077 8194.